When will Parliament reciprocate commitment veterans have given to Canada?

The ruling means bureaucrats can continue to write laws which Parliament is manipulated into passing that create an increasingly complex class and caste system of veterans forced to negotiate a labyrinth of bureaucratic injustices. Yes, it’s that bleak. 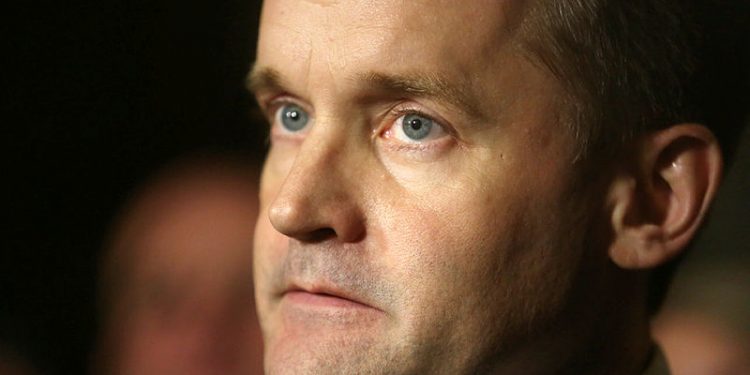 Canada’s serving and retired military members were recently handed a most devastating defeat. However, Ottawa should reign in any festive celebration. This ruling shows Ottawa has been wooing men and women into military uniforms for over a century with empty promises and platitudes.

A group of six veterans have been fighting, on and off, a five-year legal battle to declare unconstitutional a program legislated under the Liberals in 2005 to unilaterally replace lifelong payments for pain and suffering with a one-time lump sum.

Known as Equitas, the veterans’ legal action seeks to certify their claim as a class action while also arguing the government has constitutional and other legal obligations to veterans. Principal among those is the assertion there exists a longstanding social covenant between Canada and those who serve or have served in military uniform.

On Dec. 4, a panel of three judges from the B.C. Court of Appeal unilaterally struck down all legal aspects of the claim.

The judges noted the “unwieldy,” and tediously lengthy nature of the claim containing “rhetorical excesses,” which have been characteristic of the Equitas messaging in the media. However, contrary to some expectations raised by such rhetoric, the court decision was not about “determining whether the government is providing adequate compensation to members of the Armed Forces who are injured in the course of their duties.”

Instead, the judges ruled whether there were constitutional or other legal obstacles preventing Parliament from having the “authority to enact legislation fixing and limiting compensation” for injured veterans.

This ruling has far more implications than whether benefits for injured veterans under the lump sum program are unfair. In short, there exists no special legal obligation that Canada has to its veterans.

That means bureaucrats can continue to write laws which Parliament is manipulated into passing that create an increasingly complex class and caste system of veterans forced to negotiate a labyrinth of bureaucratic injustices. The result for many is humiliation and disempowerment. For some, it is one more push down a tragic path to suicide.

Yes, the ruling is that bleak. Inspirational speeches and promises by the most powerful offices of the land are nothing more than words. It is difficult not to be cynical. What a great deal for government and Canadians to be protected and defended  by the most weighty of human sacrifices while being obligated to provide absolutely nothing in return.

This is not the court’s fault. This is about the law and there exists no Canadian law for a “sacred obligation” or “social covenant.”

Ironically, it has been exactly one century since prime minister Robert Borden spoke his oft-quoted words of commitment to care for those in uniform. Since then, the very politicians inundating us with endless rhetoric about an eternal gratitude and great debt owed to veterans are the very individuals who have the power to pass laws to create a legally binding obligation to veterans.

The first kick at the can is underway. Conservative MP John Brassard’s Bill C-378 merely seeks to amend the Department of Veterans Affairs Act with three subsections and this is not, as Brassard claims, a “Military Covenant Act” but more a customer service commitment.

A true covenant would exist independently of any other act. It would be comprehensive and would stipulate both all-encompassing and specific legal obligations of government to care for serving military, veterans, and family members. It would base those obligations upon the multitudinous demands that military service makes upon Canadians in uniform, including the profound changes in person that result from the most potent tools of manipulation available to reshape an individual.

It would need to involve more than just six veterans and two teams of battling lawyers. It would have to involve as many veterans and serving members, and their families as possible. It would have to be open and transparent in the most idealistic ways. It must inspire participation, and compassion while satisfying the expectations of all touched by and who safeguard that democracy. This is essential because a military exists to protect and defend all that, and all those, we hold dear in our nation.

That is what politicians and bureaucrats need to do. Veterans would benefit from shaking the deeply indoctrinated deference to authority. They have to stop looking for a knight in shining armour to rescue them. They also need to say no to secretive trysts and commitments of confidentiality with government behind closed doors.

Ottawa has no commitment to veterans, why are veterans so eager to commit to government?

Government has been the perennial playboy, charming men and women into uniform with sweet nothings. Once out of uniform, when veterans press government for a commitment, to go on bended knee with a ring, government leaves veterans at the altar, only to court another priority.

Was the ultimate sacrifice not enough? Veterans then blame themselves in most tragic ways as if they somehow deserve such abandonment.

The big question: will this heartbreaking dance go on for another century?

Sean Bruyea, vice-president of Canadians for Accountability and author, has a graduate degree in public ethics, is a retired Air Force intelligence officer, and frequent commentator on government, military, and veterans’ issues.