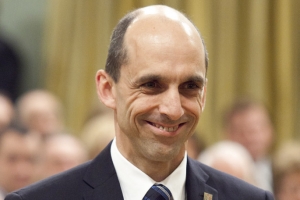 Today’s vets more educated, know their rights, and need more flexible service than in past generations.

Veterans Affairs needs to start innovating if it’s going to serve the wave of veterans coming home from Afghanistan with a host of needs unique to their generation, says veterans advocate Michel Drapeau.

“We were on a war footing up until a month ago, now we have to make sure we have the tools, the mechanisms, the institutions and the services required to meet this potential wave of claimants. I don’t see evidence of this planning taking place,” Mr. Drapeau told The Hill Times.

Mr. Drapeau, a retired armed forces colonel, said he’s heard from an increasing number of veterans who are dissatisfied with the service they’re getting from Veterans Affairs.

“I’ve seen a degree of discontent and a degree of dissatisfaction with the matter in which claims and claimants are being handled now that I’ve never seen before, and I find that deplorable,” he said.

Of the 2,700 Canadian troops in Afghanistan this summer, 1,900 were set to be shipped home by the end of July. With their return, Veterans Affairs will be dealing with an increasing cohort of people who have needs that are different from their fathers and grandfathers, said Mr. Drapeau.

Today’s veteran is more highly-educated, knows their rights, and needs a more flexible type of service than in past generations, Mr. Drapeau explained.

“In general terms, I would say they are unique in some way because of the medical services that are provided in theatre and the rapid evacuation that can take place. Injuries that in the past that would have probably resulted in death can now result in basically a successful evacuation. But the results from that can be daunting: missing limbs, etcetera, and associated mental health problems,” said Pierre Allard, director of the Royal Canadian Legion’s service bureau.

Liberal veterans affairs critic Sean Casey (Charlottetown, P.E.I.) said that it will be a challenge for the department to deal with soldiers returning with mental health issues like post traumatic stress disorder. Veterans Affairs’ headquarters is in Mr. Casey’s riding.

“It’s a heck of a lot tougher to diagnose, to treat and to help as compared to the injuries of old when we had people stepping on land minds and having limbs amputated,” he said. “It’s much more complex when you’re dealing with someone’s mind.”

According to Mr. Allard, Veterans Affairs serves 14,000 people with mental health problems, 2,000 of whom are still serving.

The challenge facing the department now is how to continue providing services to the aging veterans while helping the new ones, said Mr. Drapeau.

“What I’m saying is we need to switch gears,” he explained. “Maybe we need a different skill set, maybe we need to change our claimant procedures or deploy more resources.”

To jump-start that transformation, Mr. Drapeau said he thinks it might be time for some fresh blood at the department.

Suzanne Tining has been deputy minister at the department since 2007.

“If she’s done anything, she’s been exceptionally skilled at keeping it under a bushel because we haven’t heard of any specific plan to rejuvenate or to bring vision or a change in processes,” said Mr. Drapeau. “It’s not that she’s done a good or a bad job, because we haven’t got anything to measure this by. I’m looking at output.”

“She’s in charge of the transformation agenda,” said Mr. Allard.

The department’s minister, Steven Blaney (Lévis-Bellechasse, Que.), was appointed May 18, following the defeat of the previous minister, Jean-Pierre Blackburn in the spring election.

It’s too soon to tell whether Mr. Blaney will be a serious veterans advocate, said Mr. Casey and Mr. Drapeau.

Mr. Drapeau said that he is looking to see whether Mr. Blaney follows in Mr. Blackburn’s footsteps.

“I gained the impression that Minister Blackburn really took his job to heart and was moving about to do some of the things I’m alluding to, and if Minister Blaney carries on in that field, he’s going to get full support from me,” he said.

The department’s reputation is still on the mend after Privacy Commissioner Jennifer Stoddart reported last fall that it had breached the privacy of Gulf War veteran Sean Bruyea by circulating his mental health records to hundreds of bureaucrats in the department. It has also faced criticism over the New Veterans Charter, introduced in 2006, which was meant to be a living document but has taken five years to amend. Some changes introduced with the charter, such as a lump sum payout for disability claims, were unpopular with veterans.

“I have received through my own practice, but also through my contract with various individuals at every level, a disenchantment with the time taken, the decisions being made, and the bureaucratization of the benefit system,” said Mr. Drapeau.

People disappointed with the system comes with the territory for any service organization, said Mr. Casey.

The department has taken steps to move forward, said Mr. Allard. It is currently working on making veterans’ service health records, which are a key document for any veteran who wants to access services and benefits, electronic.

“That will be helpful, and that will cut down on some of the time to process claims at various levels,” said Mr. Allard.

Digitizing health records is also a part of U.S. President Barack Obama’s overhaul of that country’s department of veterans affairs. In 2009, he launched Transformation 21, which aims to transform the culture of the department, its management structure and service delivery, while creating new services to meet veterans’ needs.

In Canada, Mr. Allard said Veterans Affairs needs to engage in more research on how service affects veterans’ health, to better understand what benefits to provide to them. He noted that the Repatriation Medical Authority in Australia has helped that country serve its veterans. There, researchers review the latest research on service-related disabilities and establish benefit guidelines, similar to Canada’s entitlement eligibility guidelines.

“Unfortunately at Veterans Affairs, that whole process of developing the EEGs is not as structured as it is in Australia through that Repatriation Medical Authority. These are things that I think the department needs to look at in their transformation agenda,” said Mr. Allard.

Right now, Veterans Affairs operates on an “ad hoc” basis, he noted. For instance, it was only after pushing by the ALS Society and the Legion that Canada acknowledged ALS was a service-related illness, after Australia and the U.S. had already reacted to new research done in the field, said Mr. Allard.

“If they were doing this more systematically, I think it would better serve the needs of veterans. They’re doing it, it’s just not as structured,” he said.

Mr. Allard noted that caring for veterans is a complex issue that also involves the Canadian Forces. Forces members who were injured mentally or physically in the line of duty are given time to recover before they are assessed to see if they are again fit for duty. If they aren’t ready for duty at that point, they’re reassigned to a joint personnel support unit. In this unit, they get the services they need to recuperate. After three years, they’re assessed again and either put back into service or discharged. If a soldier is discharged, Veteran’s Affairs Integrated Personnel Support Centres offer help finding work and two-years of outreach.

Veterans Affairs Canada has three branches and four divisions, with 3,900 employees across the country, according to Treasury Board Secretariat statistics for 2009. It serves more than 200,000 people, including veterans, current members of the Canadian Forces, and their surviving spouses.

Whatever the organizational challenges facing the departments, Mr. Drapeau said money is not one of them. The department’s budget is $3.4-billion according to its 2010-2011 main estimates.

“The issue is to look inside and … to re-organize,” he said, noting that the Department of National Defence is poised to undergo its own transformation under the advice of Lieutenant-General Andrew Leslie, chief of transformation for the Canadian Forces.

Preserving the department’s existing ability to serve veterans is at the top of Mr. Casey’s mind as the government starts reviewing expenditures for across the board cuts.

“The most important thing is to ensure that veterans and those who administer and deliver services to them aren’t getting short-changed,” he said.

Along with every other department and agency, Veterans Affairs is expected to come up with plans for a five or 10 per cent cut to its operating budget.

Mr. Allard said that he doesn’t envy the task before Veterans Affairs, and right now, there needs to be a period of calm so that work on a transformation can begin in earnest.

“At the end of the day, I think that veterans will be better served if we think constructively about what we can all do in the future,” he said.